I think most working carpenters are familiar with copper’s ability to discourage fungal growth.  It’s the main additive to pressure treated lumber, imbuing the fast-grown southern pine with the ability to resist wood rot, i.e. fungal attack.  A smaller subset of tradespeople are probably familiar with copper’s use to keep roofs from turning green.  Roofs in damp locations, especially if they’re facing north, tend to develop a covering of algae, lichen, or even moss.  I believe there’s some legitimate difference of opinion about whether the green growths can actually damage the underlying roofing material, but many homeowner’s object to nature’s intrusion on their building.  An old roofer’s trick is to install a course of copper flashing high up on a susceptible roof; rainwater washes some of the copper down over the roof shingles and prevents growth of objectionable organisms.

In this context, it should have been immediately obvious to me what was going on with this odd-looking marble gravestone. 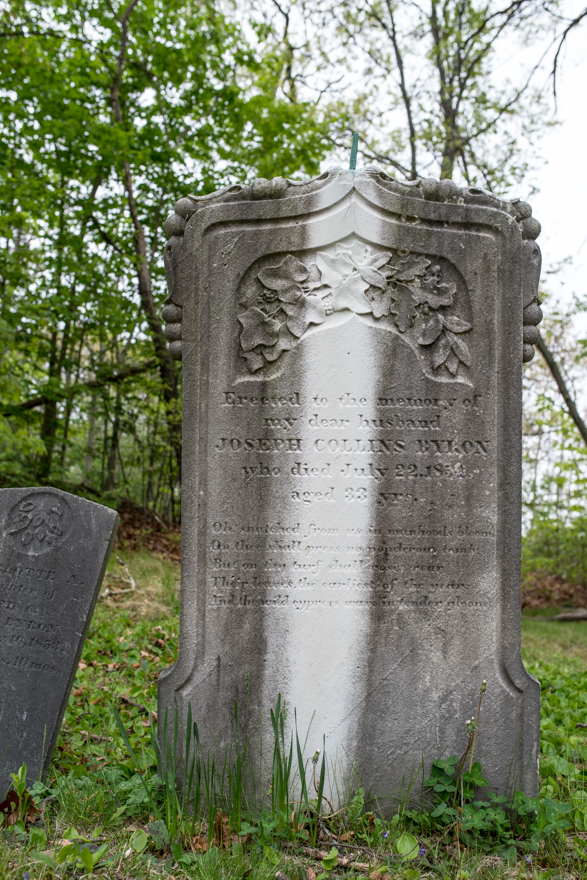 But I’ve been walking my pups in Mt. Hope Cemetery for years, passing this stone five times a week, and feeling puzzled about why it looked so strange.  I assumed that the darkening of the marble in this and all the other old stones in the cemetery was a function of pollution; that there was some kind of inorganic grime accumulating. I’d noticed that there was a copper spike, green with accumulated copper sulfate, on top of the stone. 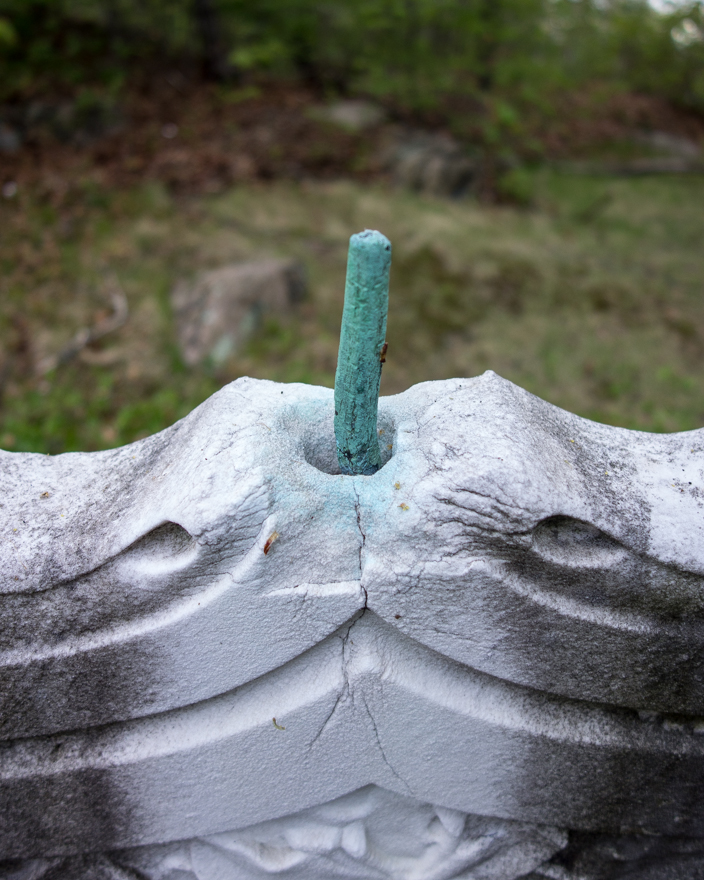 But I was puzzled by how the leaching copper might counteract the effect of city soot.  I’d distract myself from cold winter winds trying to imagine a reaction between copper sulfate and inorganic carbon that could leave the marble clean and white.

Recently, and sheepishly, I took a closer look at the stone and realized that the answer was much more straightforward. 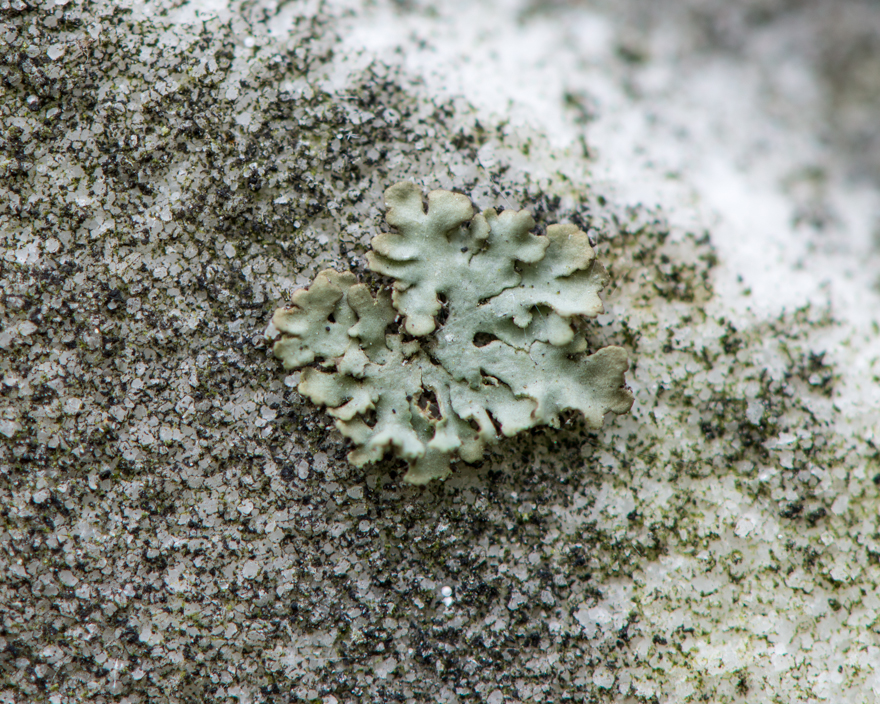 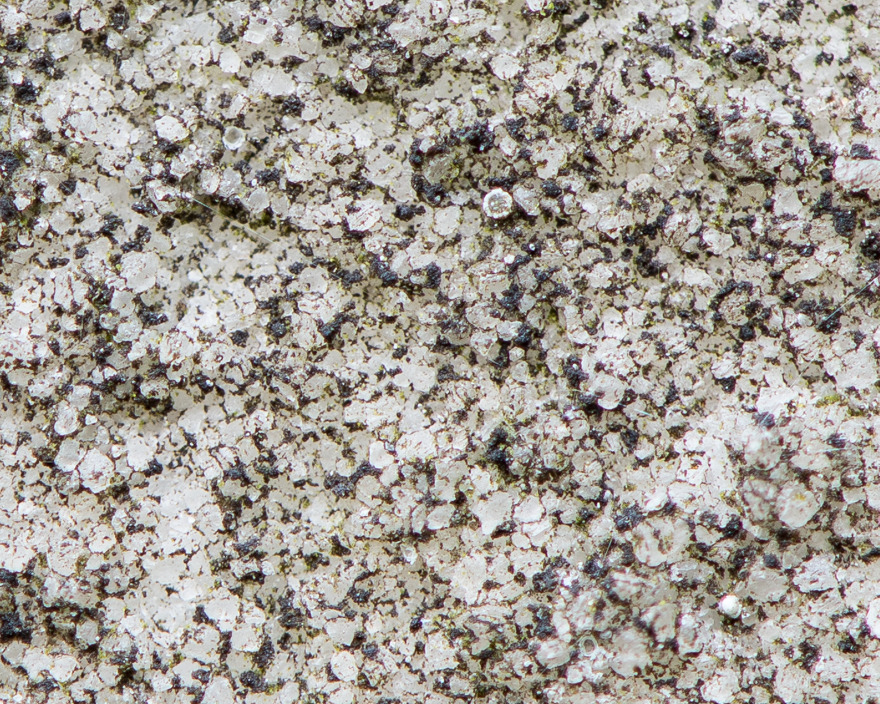 The darkened areas weren’t dirty, they were hosting a thriving community of lichens. Some were easily visible (once I looked…), like the foliose lichen in the upper picture, and others became apparent with a little magnification.    Now it was clear that the copper leaching down from the spike was creating a sterile zone where lichens — symbionts composed of fungus and algae — couldn’t grow.