Paul’s house in the woods

I first heard of Paul Koval years ago from a graduate of the Cabinet and Furniture program at North Bennett Street School.  I was complaining about the paucity of really good cherry lumber at the big wholesale yards where we usually buy our hardwoods.  I think it was Sam Chase who said to me, “Well, there’s this guy, and he’s out in the middle of nowhere, but he has some amazing stuff — wide cherry and air-dried walnut, really gorgeous.”  I called the number on the little slip of paper that Sam gave me, and crossed my fingers.  Wood guys can be a grouchy bunch, wary of greenhorns wasting their time, and I was newly enough in business to still feel like an impostor.

My anxiety was groundless, as Paul (and his family) proved to be friendlier and more open than I could have hoped.  His middle-of-nowhere operation turned out to be in Ashby, in Central Massachusetts, and much smaller than I expected.  When not working as a physical therapist, Paul seeks out promising trees, partners will a feller and sawyer to turn them into lumber, and dries the resulting boards in his solar kiln (sometimes for a year or more).  And while he may have stock from only one or two trees at a time, the material is spectacular — wide, clear boards with beautiful figure.  I didn’t have my wits about me on the first visit to make any photographs, but I bought as much cherry as I could fit on my Tacoma, destined for a pair of cabinets that would complete a large renovation in Jamaica Plain. 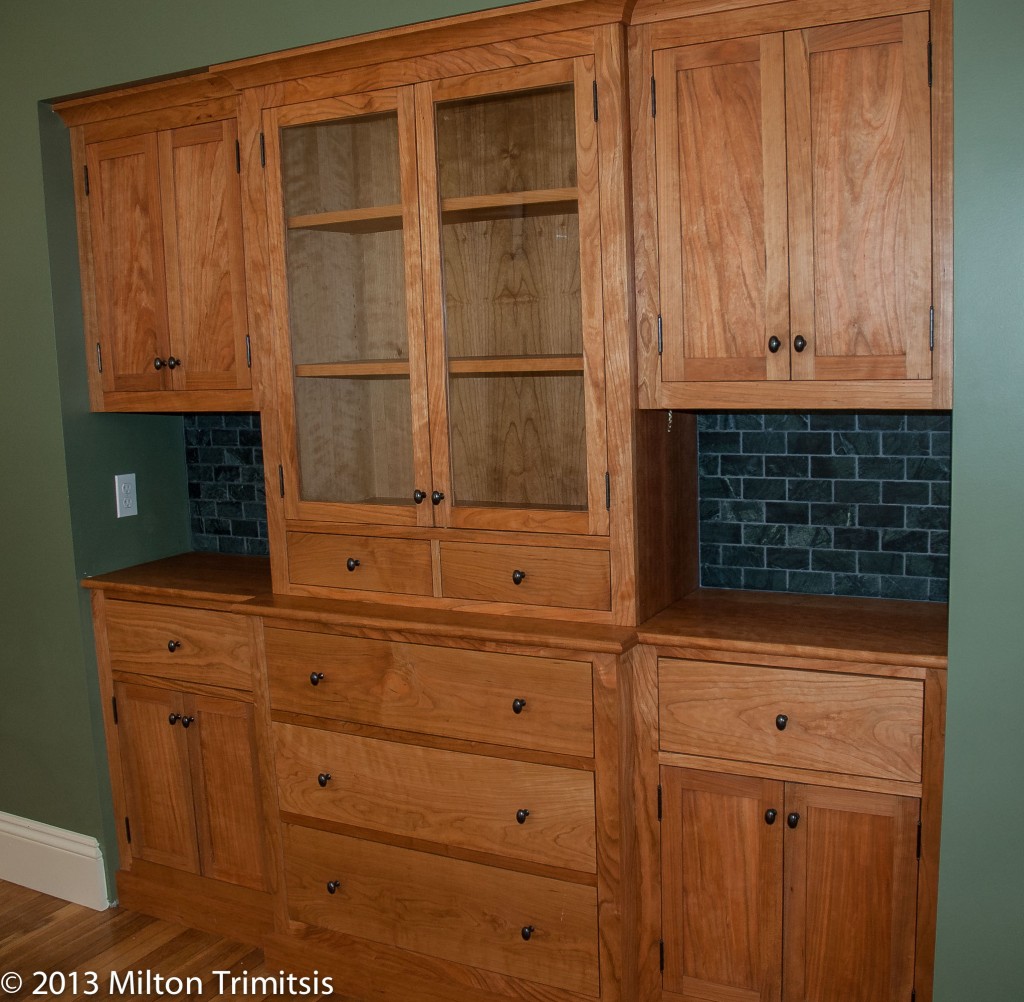 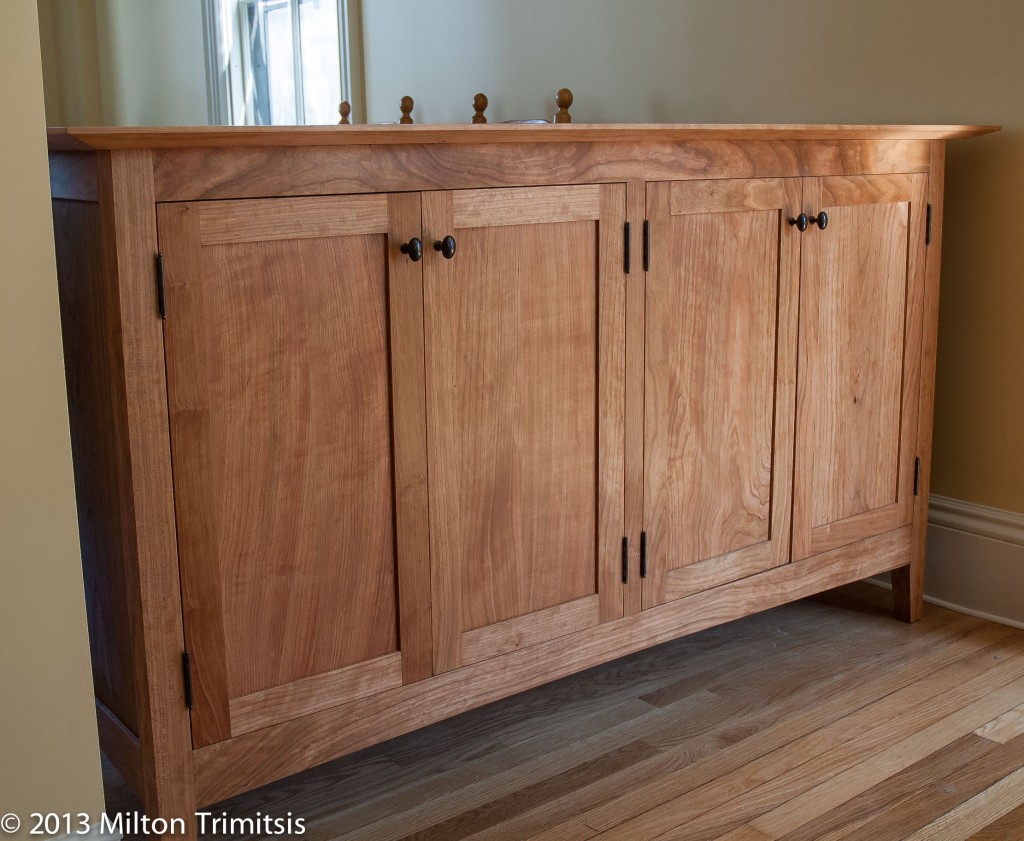 More recently, I returned to Paul in search of charismatic walnut boards.  I have a client who loves the furniture of George Nakashima and asked us to make a pair of coffee tables inspired by his work.  Nakashima was known for incorporating the live edges of boards into his designs, rather than sawing and squaring all his lumber. 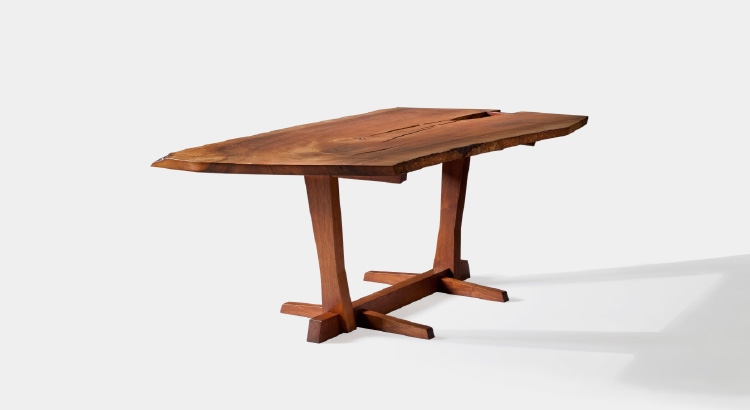 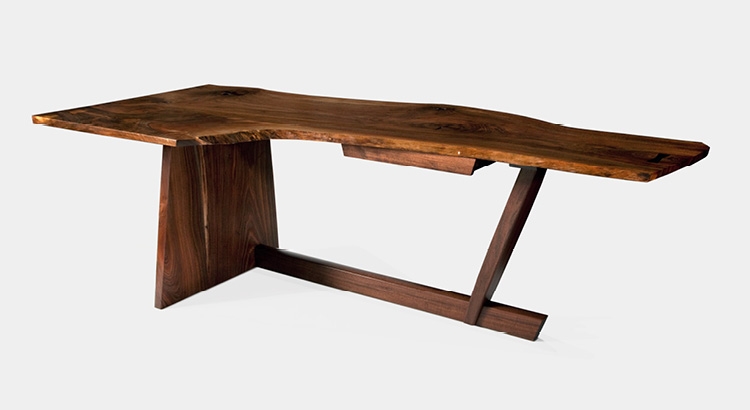 Commercially-available walnut is typically narrow, squared, and free of florid defects, i.e., unsuitable for work in Nakashima’s style.  Paul, though, had exactly the right stuff.  My colleague Evan Heraty and I made the drive out on a Friday in early March.

Working in the style of Nakashima is necessarily improvisational, as the character of the wood dictates the final form of the piece.  We had a general sense of the size and proportions of the tables we planned to build, but we didn’t yet have specific plans.  The wide, quirky boards that Paul had sawn and dried were exactly what we’d hoped to find, and the design of the tables started to emerge. 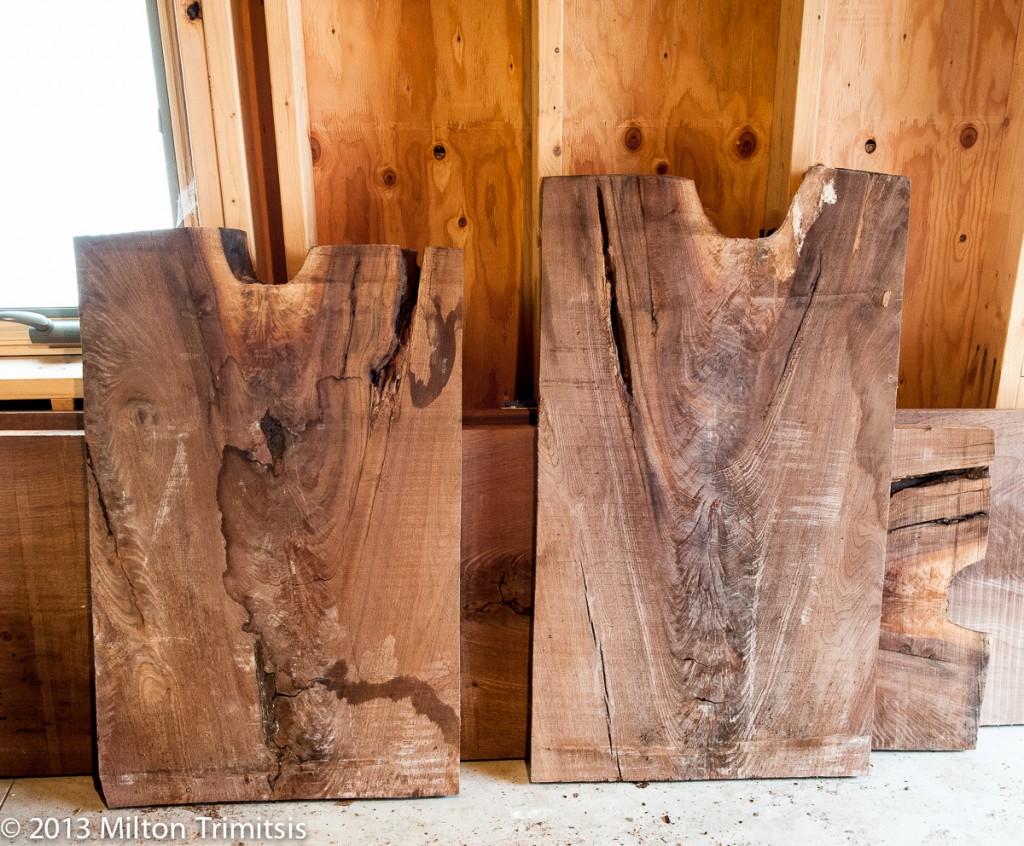 Paul tallied the wood we chose, 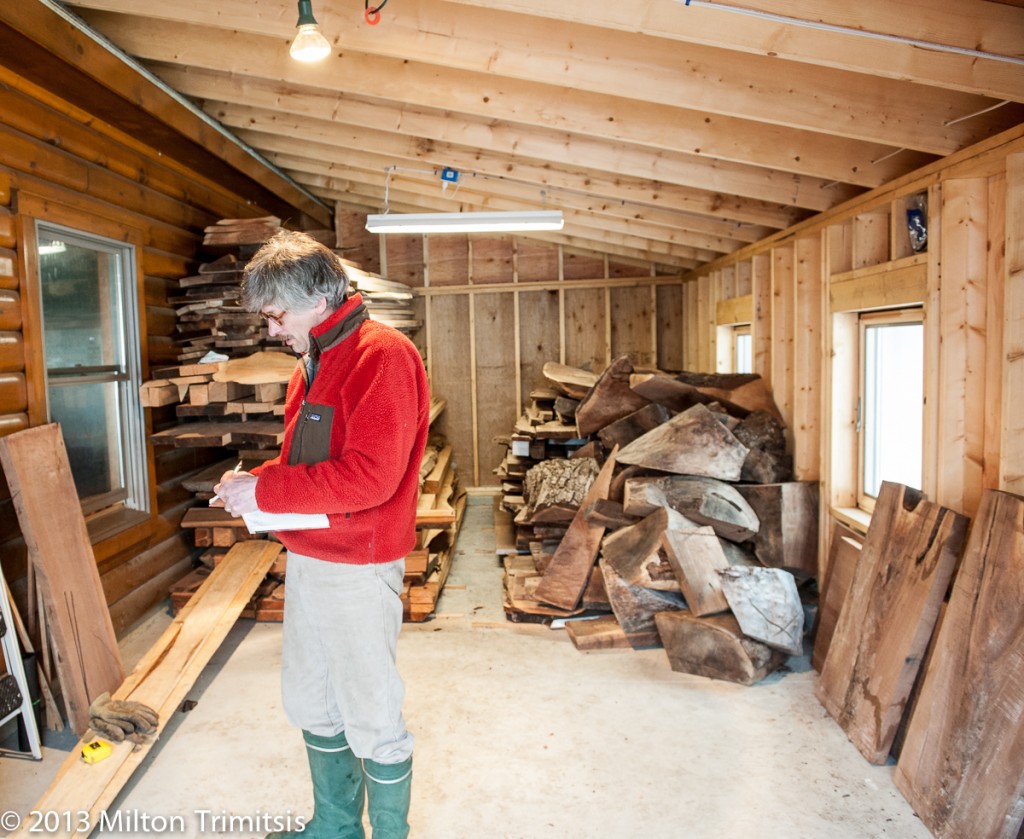 and we loaded the truck. 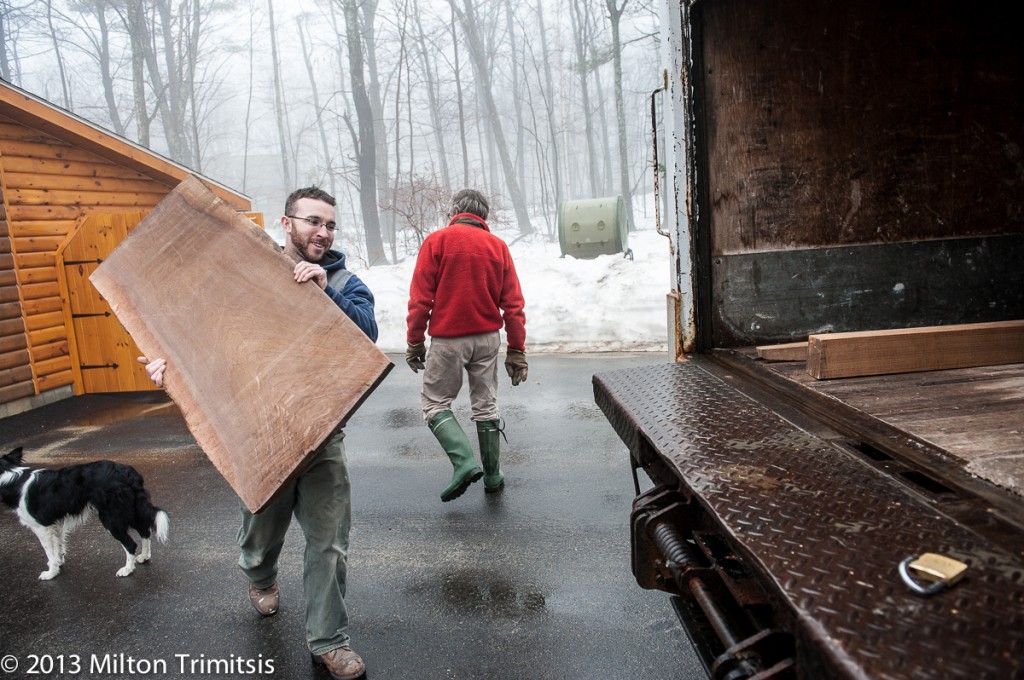 Before we left, Paul suggested that we take a look at his maple sugar operation, as we had arrived during the height of production.  His solar kiln does double duty as a sugar house each March, so we headed down. 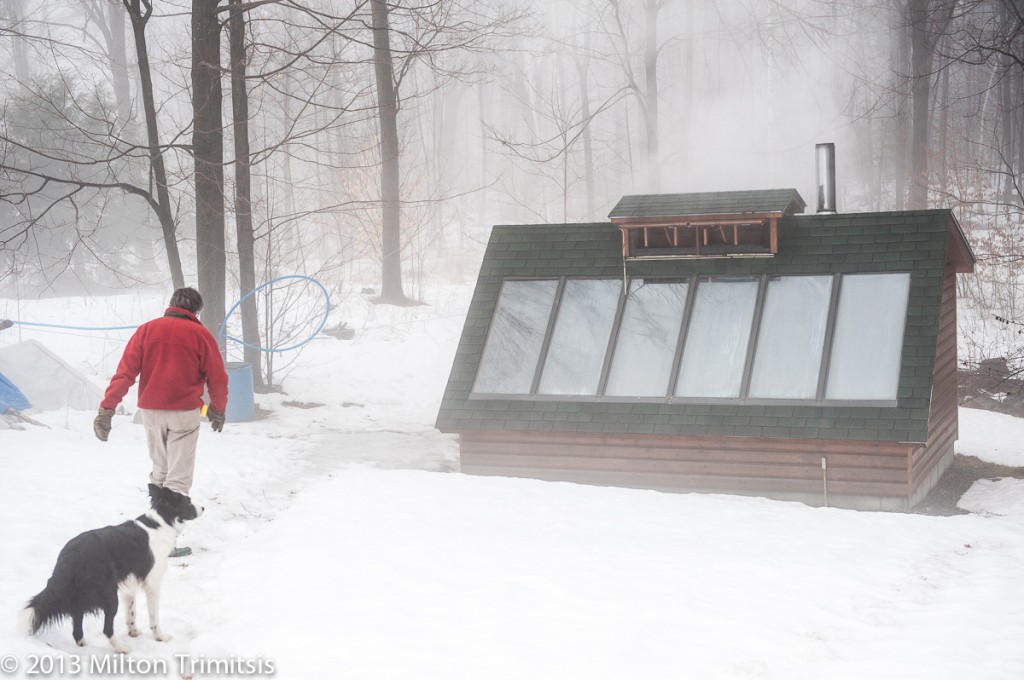 Of course, the sap is boiled on a wood fire. 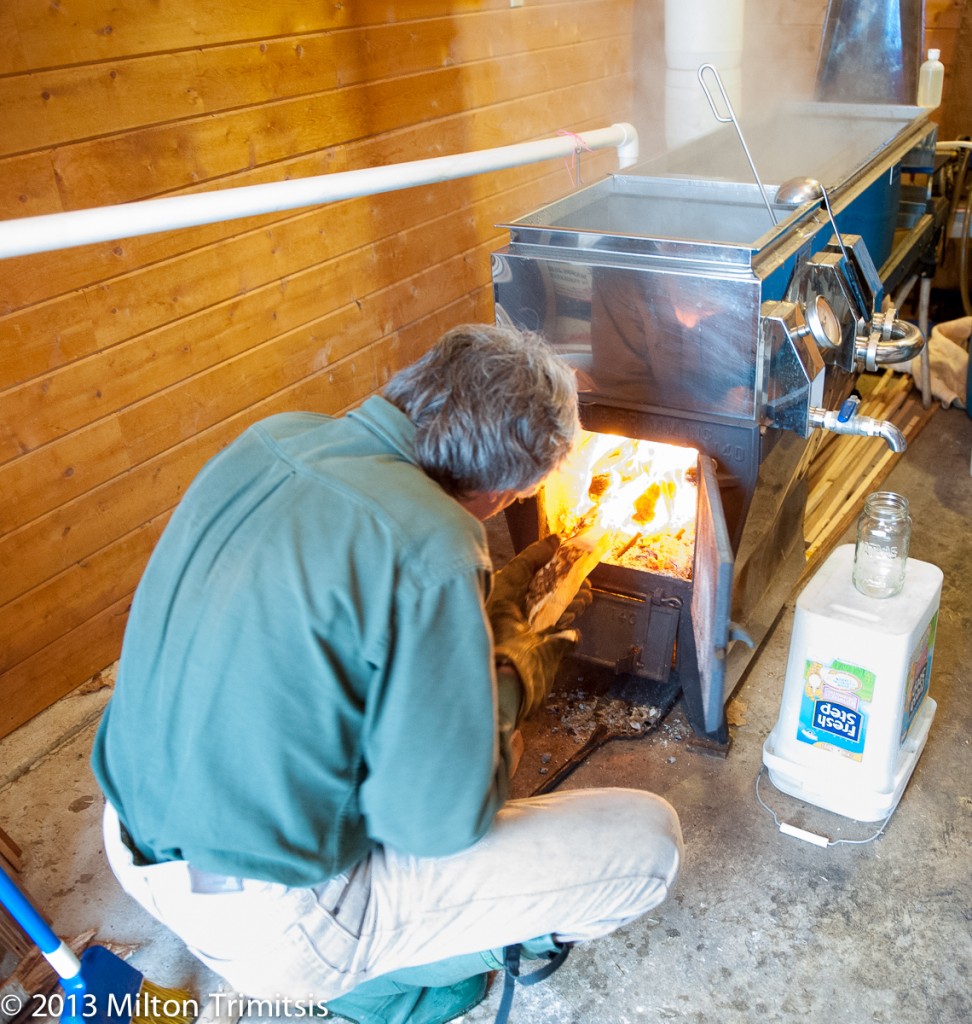 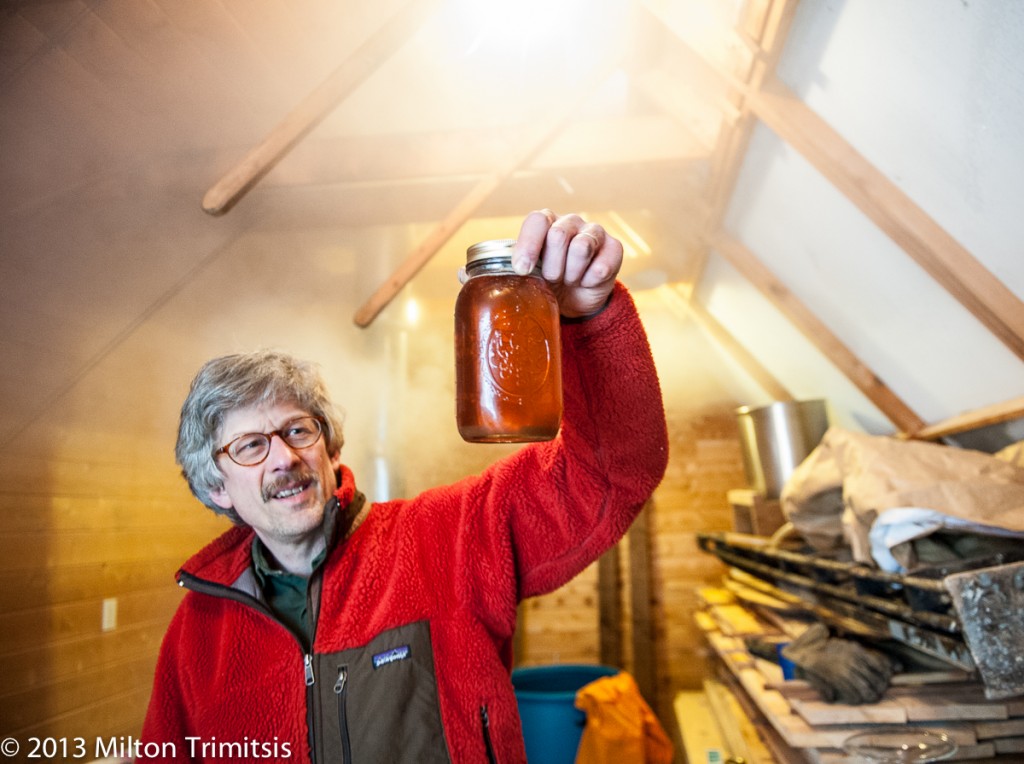 In the background, you can see some lumber whose drying is temporarily interrupted.

Finally, the two tables we made: 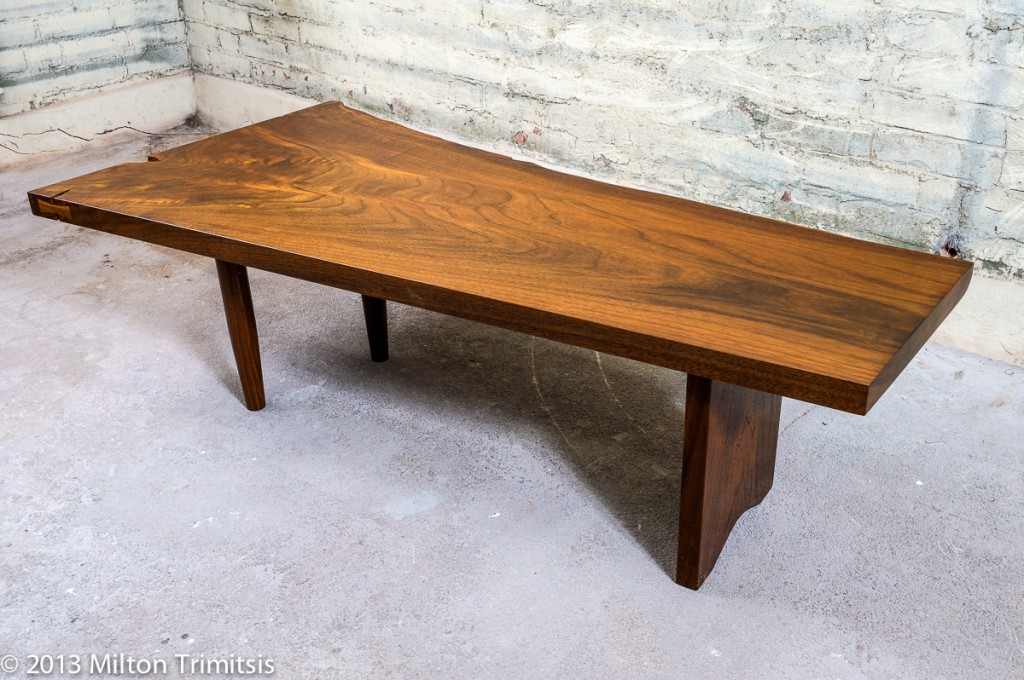 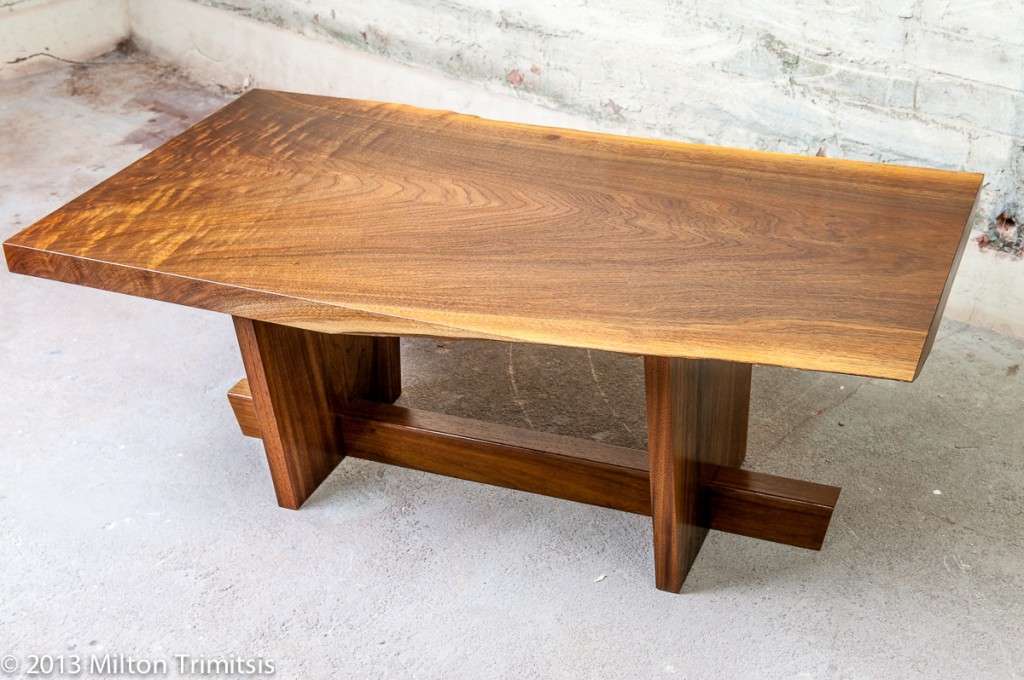 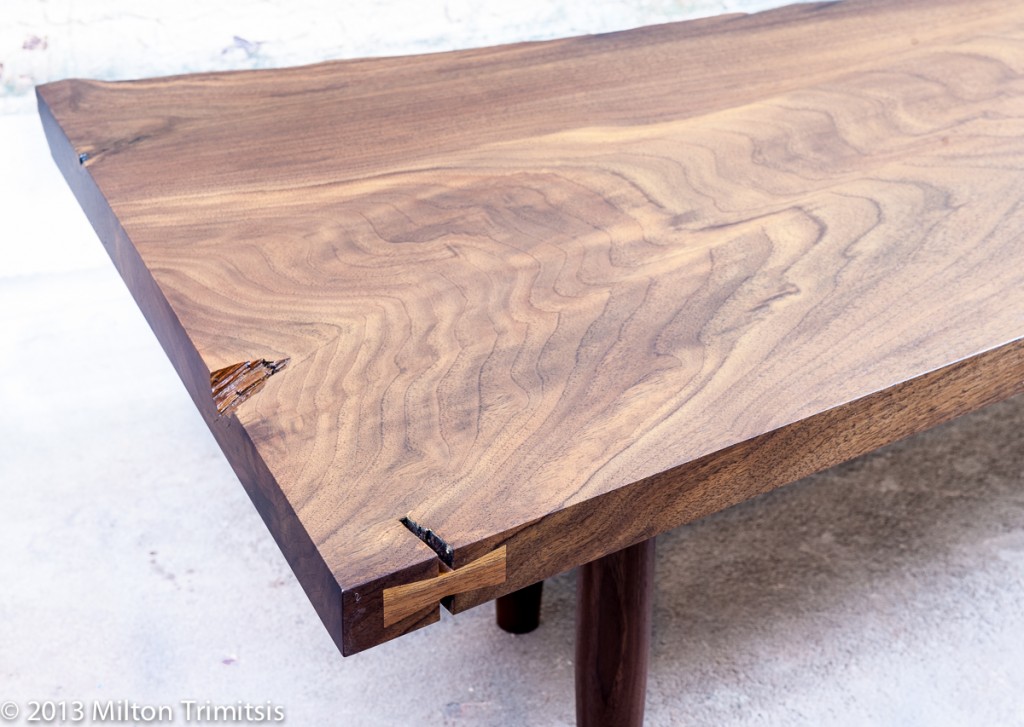 I confess to suffering no small envy of Paul’s life and work; every visit to his house rekindles my rural longings and renews my admiration of his craft.  Paul can be reached at wyndyhyll@aol.com.