Trying to stay out of the picture

For almost 25 years I’ve been drawn to photography.  I had resisted it before that, out of some prescient suspicion that it would take over my life,* but during a trip to Europe in 1990, a friend put an ancient Nikon (maybe an F Photomic, though I don’t remember for sure) in my hands, and my fate was sealed.  Making photographs has not led me to spend time in jail, nor yet to bankruptcy, but it has been a steady, sometimes-overtaking presence in my life since that summer trip.  I made some effort early on to earn a living through photographs, but discovered that I didn’t have the creativity for fine-art photography, the nerve to shoot weddings, or the intestinal fortitude for commercial work.

There are many things I love about my work as a carpenter and woodworker, and this weblog is largely a chronicle of those things.  And the fact that my paid work affords me the opportunity to make photographs is no mean fringe benefit!  One of my favorite intersections between my vocation and my avocation is the formal documentation of our finished projects.  Architectural photography, as this sub-field is called, is the refuge of obsessives. The conventions of the genre require strict control of perspective (so that vertical lines do not converge), carefully-lit scenes, and usually extreme depth of focus.  The work is slow and fussy, requires lots of specialized equipment and techniques, and great patience — a productive day might yield only  two or three usable images.  I should be embarrassed to admit it, but this work suits me perfectly. 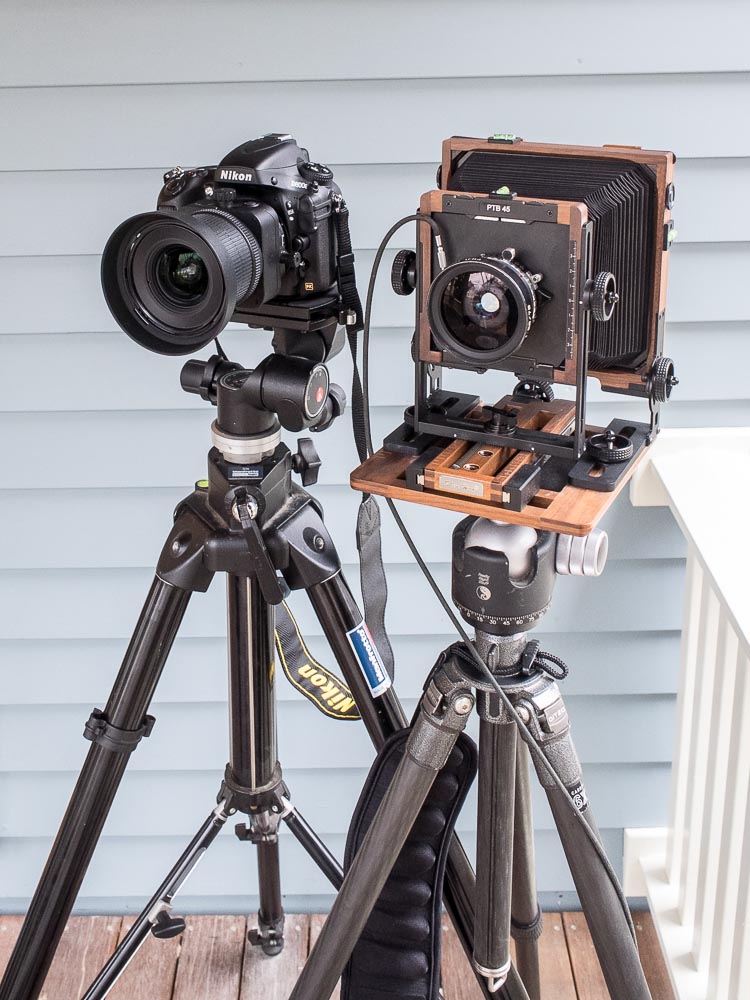 For years, I used a view camera, like the one on the right in the photo, above, for architectural photography.  It uses single sheets of film (4″ x 5″ in this case), provides lots of control and resolution, and is capable of causing profound anxiety.  As I suggested above, it can take hours to set up a single image, and with a film camera, you never really know if you’ve gotten everything right until you see the developed film a day or more later.  Every architectural photographer who has shot film has a story about missed focus on a critical shot, or worse yet, finding out that they’d inadvertently photographed themselves as part of the scene. 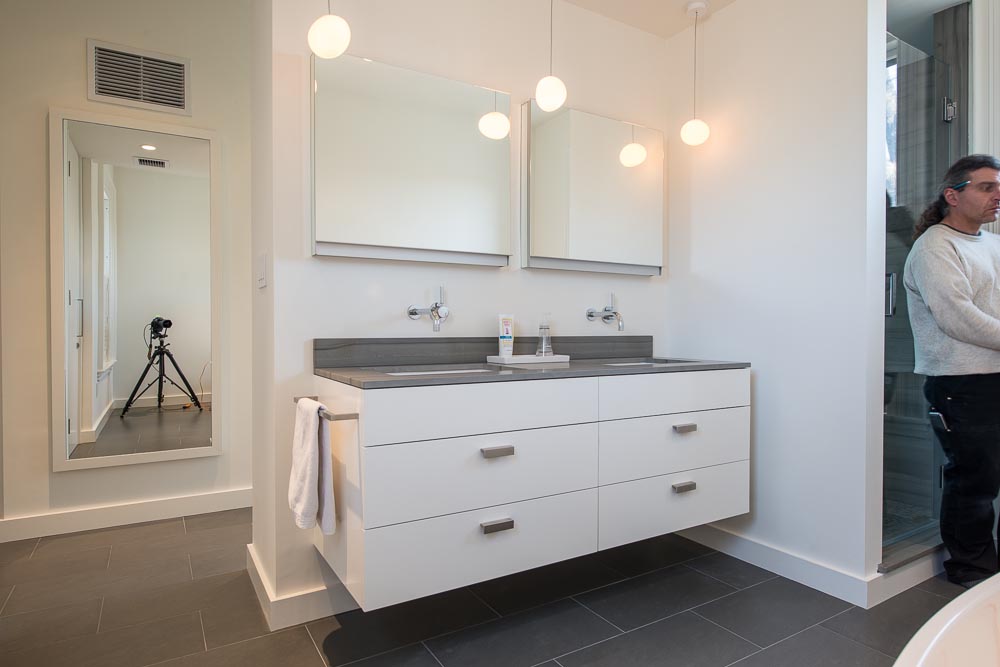 Especially with architectural interiors, the spaces are often tight, the lenses I use have very wide fields of view, and mirrors pop up in the damnedest places.  In the image above, I managed to catch both myself and the reflection of my camera.  But now that I’ve started using a digital camera for this work, I can immediately review the photo to see if there’s a problem.  In this case, I knew that I was planning to crop the final image, so the intruding photographer wouldn’t blemish the result. 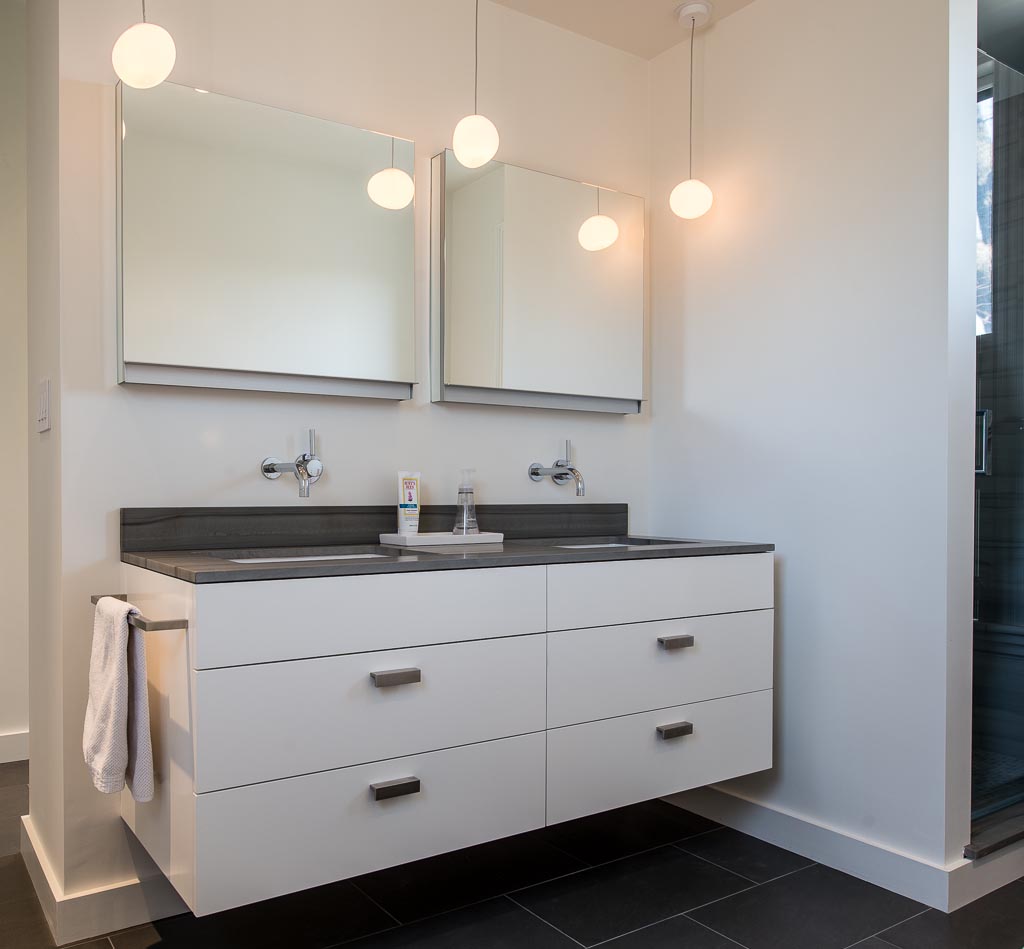 You can see the full set of the photographs from this day of shooting on the Trimitsis Woodworking website.

*  I have assiduously, and so far successfully, avoided all contact with sailboats for similar reasons.