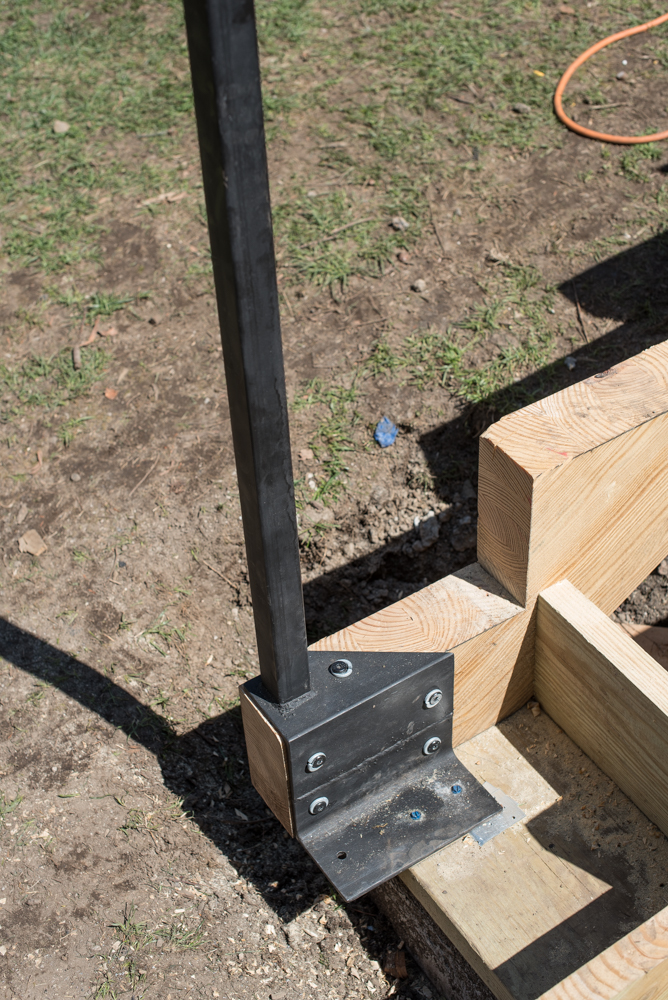 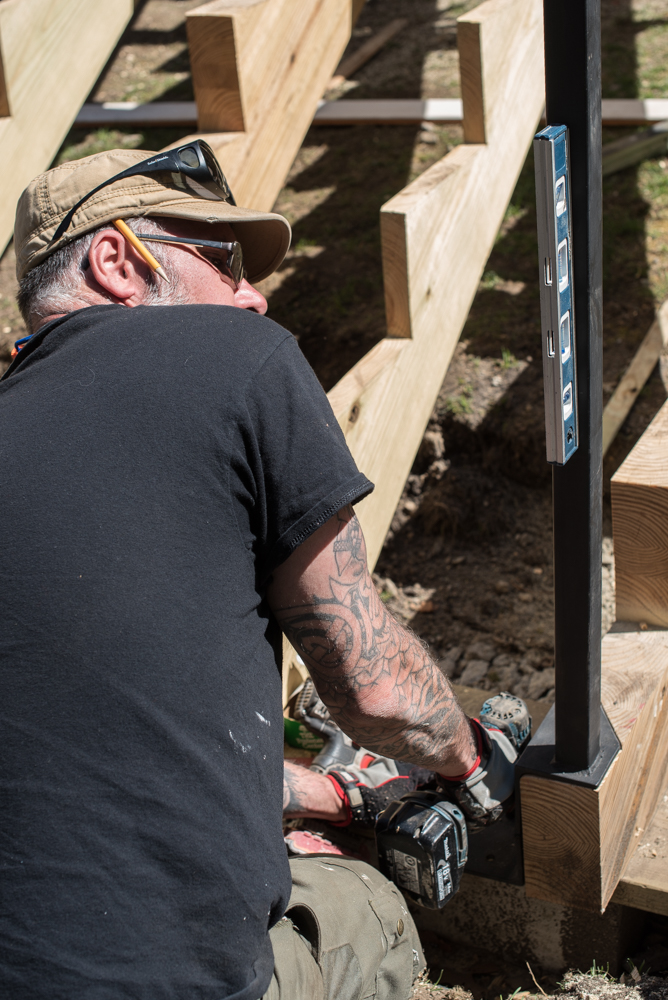 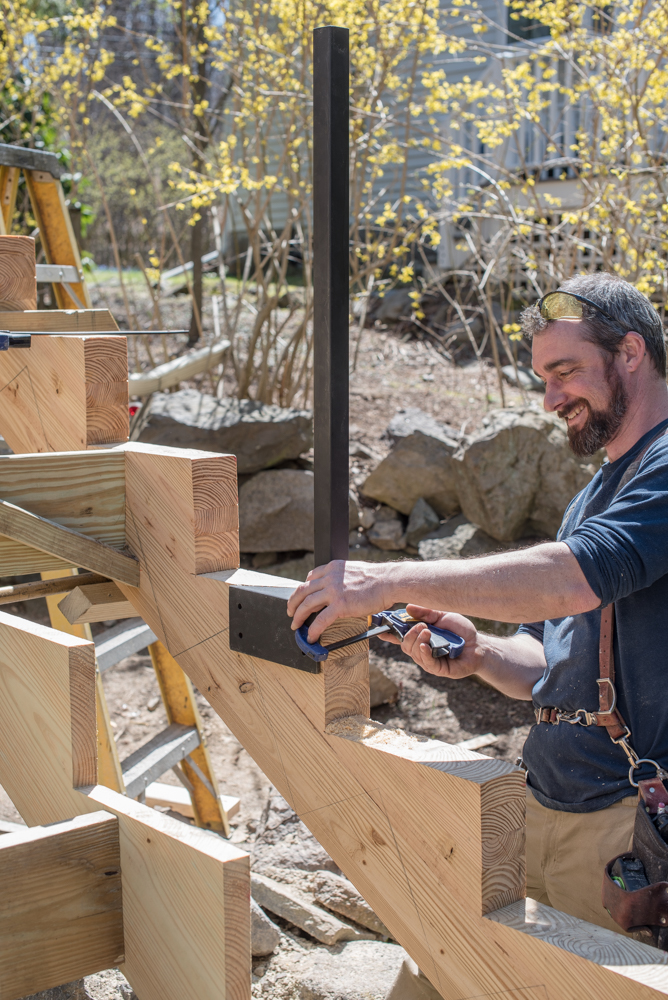 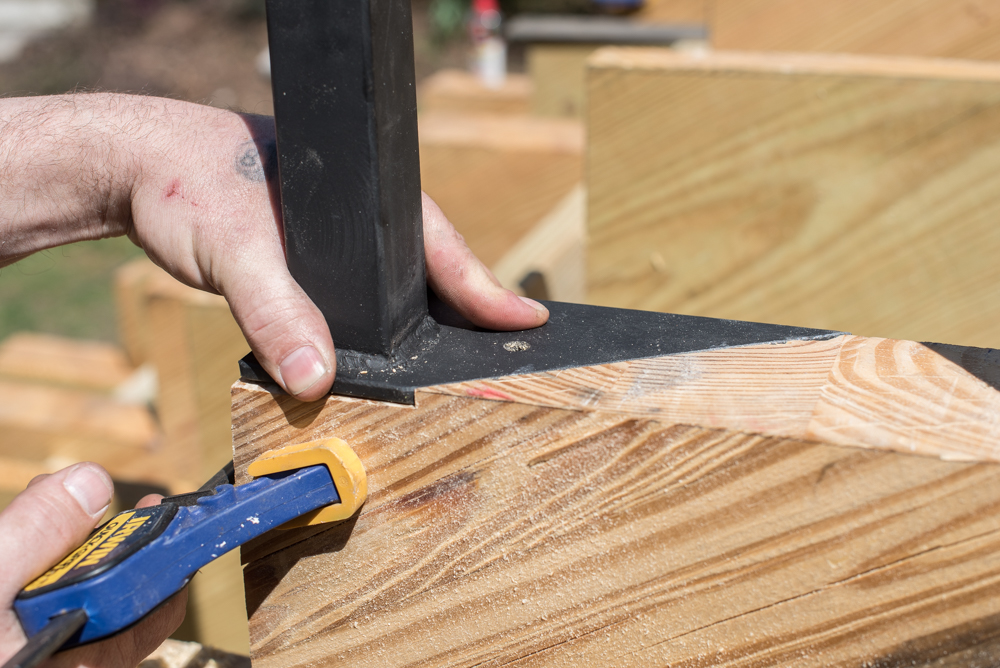 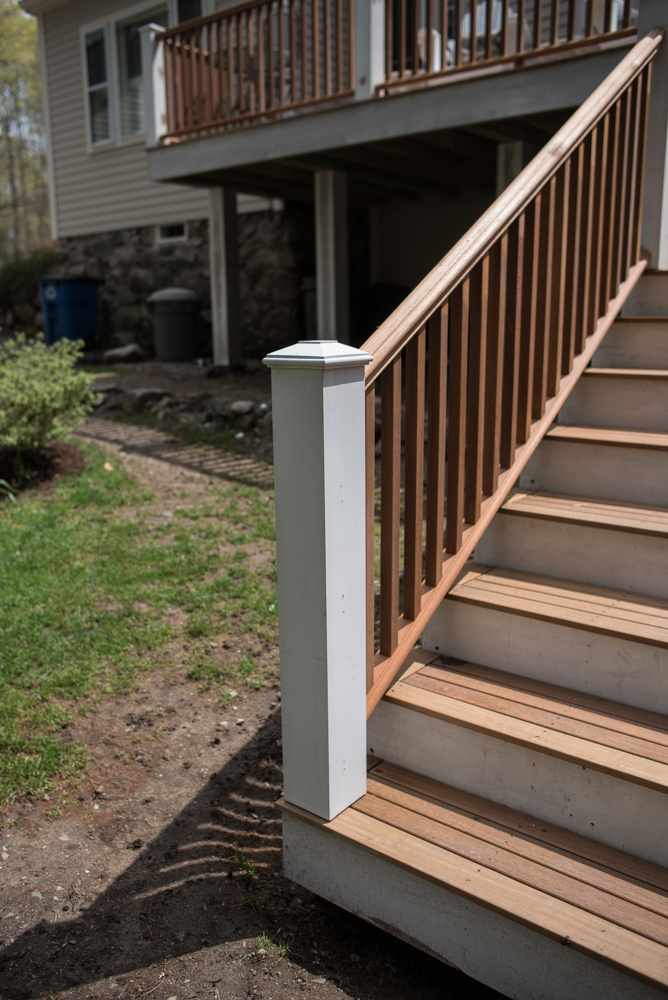 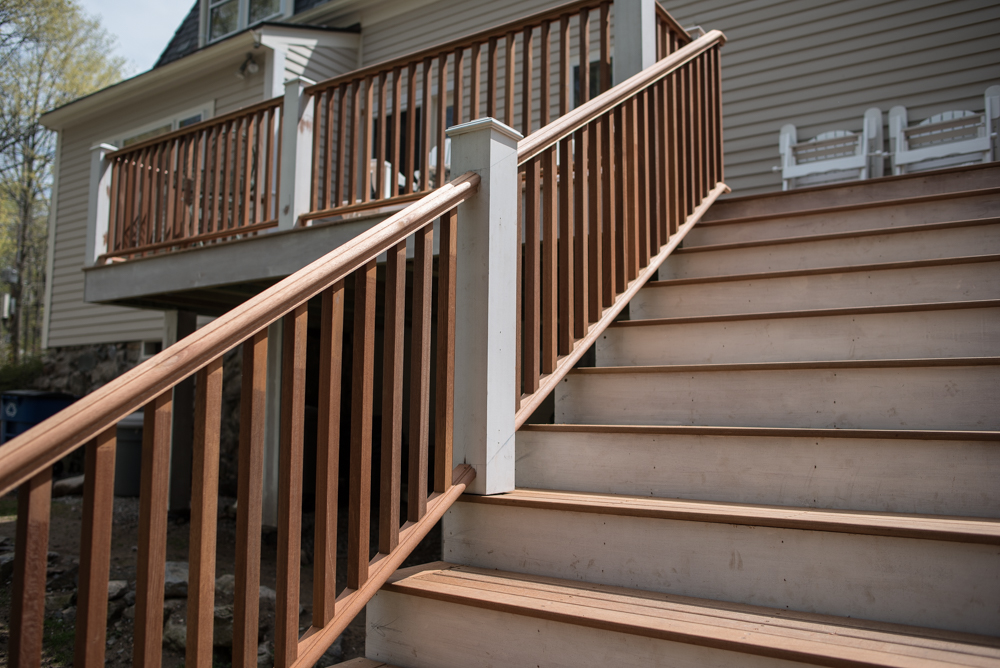 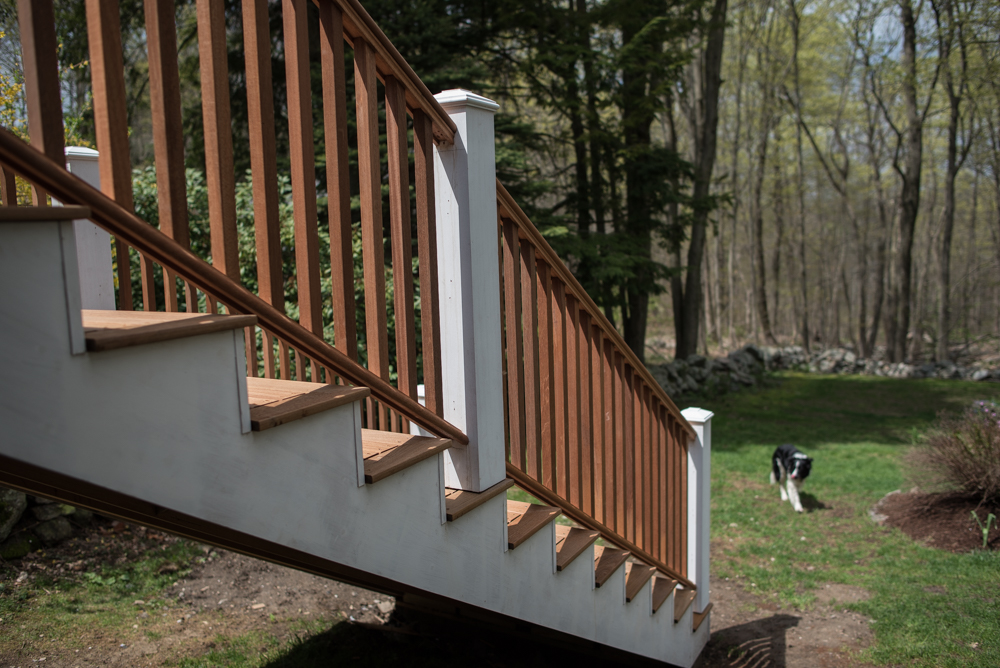 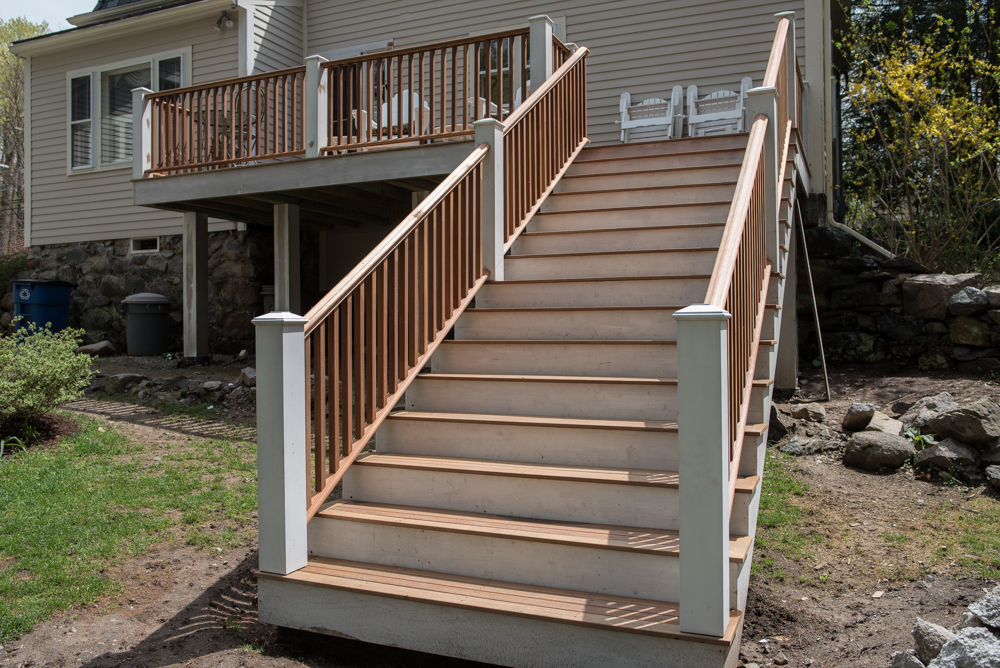 We recently finished a renovation in Brookline, MA, in a generally worker-friendly building:  there was air conditioning and heat at the appropriate times, and, since we were working in a penthouse unit, an excellent view.  The building had only one dammit feature, which will become relevant later in the story. The architect we worked with, Carol Marsh of Helios Design Group, did her job perfectly:  she designed a beautiful space, and left the details of execution to us.  Perhaps the most challenging detail of the kitchen was a ten-foot-long walnut counter, supported at one end by cabinets and at the other end by a single leg. The fun started early, as it turned out that stock of sufficient length was not common.  Highland Hardwoods…